With butterflies in my belly we made our way the short distance along the Dalmatian coast to the coastal town of Trogir, where we were to get our 1st visit in 6 months from my Mum along with her friend Denise. Our camp site Rozac is located on the small island of Ciovo, and with only one way in and out the drive was a little challenging in places as the traffic was backed up along route, making a super slimmed down version of the already narrow road. We finally arrived in the middle of an almighty storm. As it swept through the campsite, an avalanche of rain falling from the sky , thunder booming overhead and the angry waves smacking against the side of the boats, I had no choice but to face it head on and get out the warm comfort of Boris to reverse Paul into our spot, taking a pelting from falling branches and pine cones as I did so. The storm was so violent it ripped the roof off one of the sites mobile homes and brought down a tree. Fortunately we survived unscathed if a little soggy.This wasn’t the weather we’d ordered for my Mum!!!!

Fortunately the storm passed and although chilly (especially for those of us that are acclimatised) at least we could get out to meet my Mum as she arrived at her hotel which was located  right in the centre of Trogir old town. 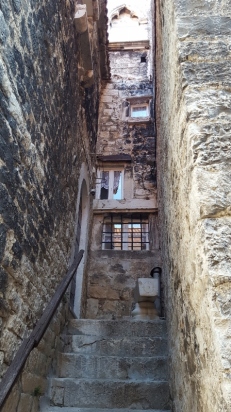 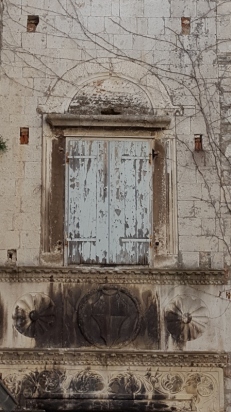 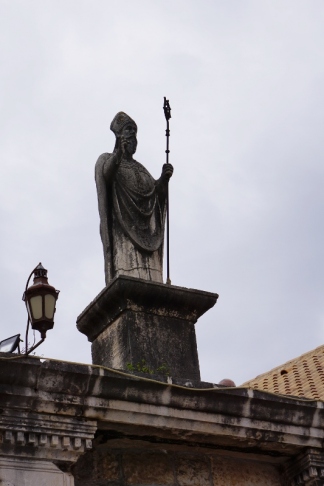 Gorgeous Trogir  is set within medieval walls on a tiny island, linked by bridges to both the mainland and Ciovo Island. The old town has retained many intact and beautiful buildings from its age of glory between the 13th and 15th centuries which have earned it World Heritage status. Of course it’s now a haven for tourists and the tiny narrow streets have been taken over by restaurants, bars and souvenir shops. The town also boasts a grand harbour not only attracting small Croatian cruise boats but also the super yacht’s of the rich. 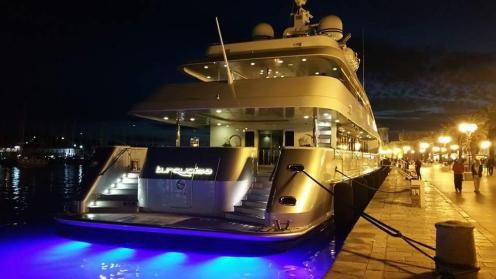 There’s a daily market in the square behind selling fresh local produce (at inflated tourist prices) along with the usual clothes and tat stalls. Still it gave us somewhere to wander on the not so sunny days we had.

As well as being able to explore Trogir during my Mum’s visit with good bus connections to Split we were able to have a day out in this beautiful ancient city. Croatia’s second-largest city, also spawns a Unesco World Heritage accreditation for the Diocletian’s Palace an impressive Roman monument.   The city is buzzing and exuberant and you’ll find dozens of bars, restaurants and shops thriving amid the atmospheric old walls where Split life has been humming along for thousands of years. 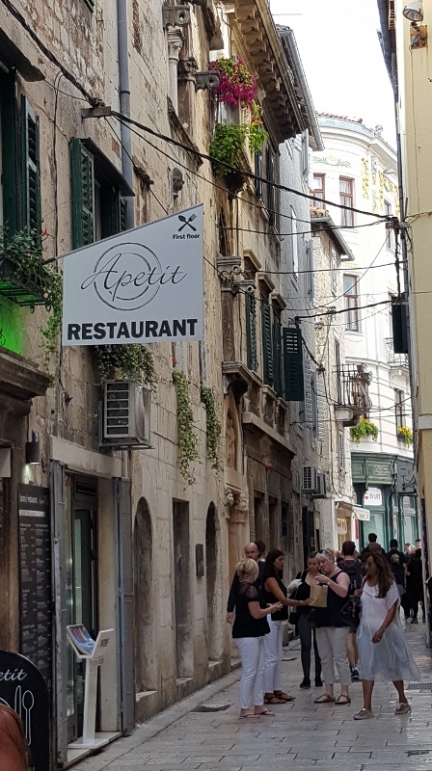 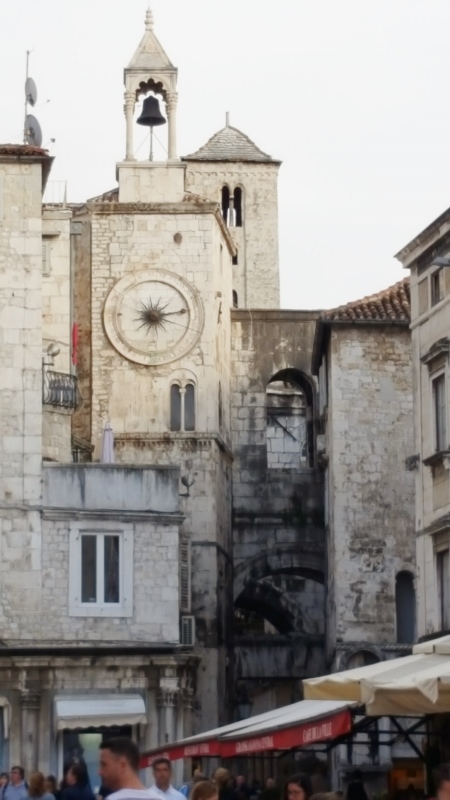 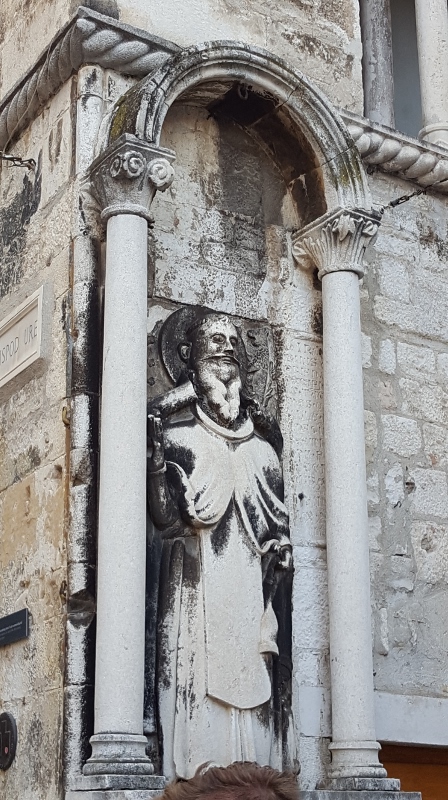 To top it off, Split has a unique setting. Its dramatic coastal mountains act as the perfect backdrop to the turquoise waters of the Adriatic and help divert attention from the dozens of shabby high-rise apartment blocks that fill its suburbs. It’s this thoroughly lived-in aspect of Split that means it will never be a fantasy land like Dubrovnik, but you could argue that it’s all the better for that.

A weeks holiday wouldn’t of course be complete without a boat trip, so we secured a day trip to the “Blue Lagoon” which included fresh grilled mackerel  and wine for lunch. We negotiated the price down to 170 Kuna each which is around £22 – well worth it too. 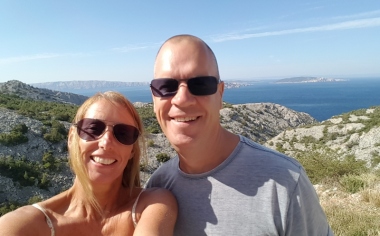 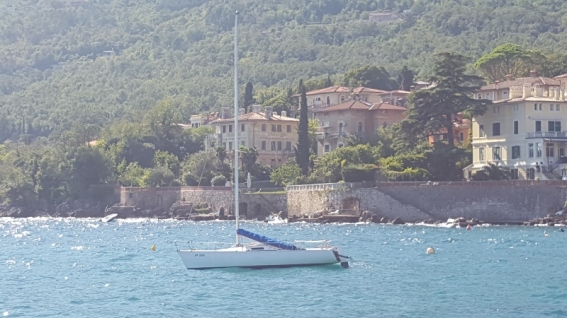 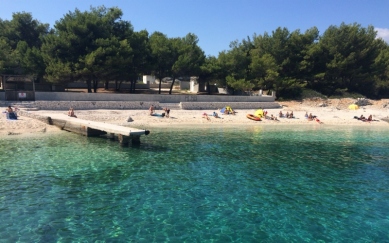 This week though was about spending time with my gorgeous Mummy who I’ve spent the longest time apart from since I was born this year. Despite some dodgy weather forecasts we had a fabulous week catching up, which involved plenty of eating and drinking along the way.

Yep you guessed it lots of eating and drinking 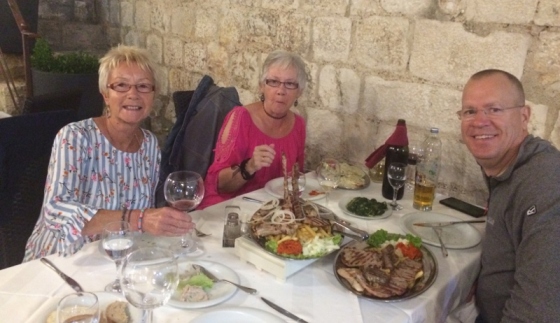 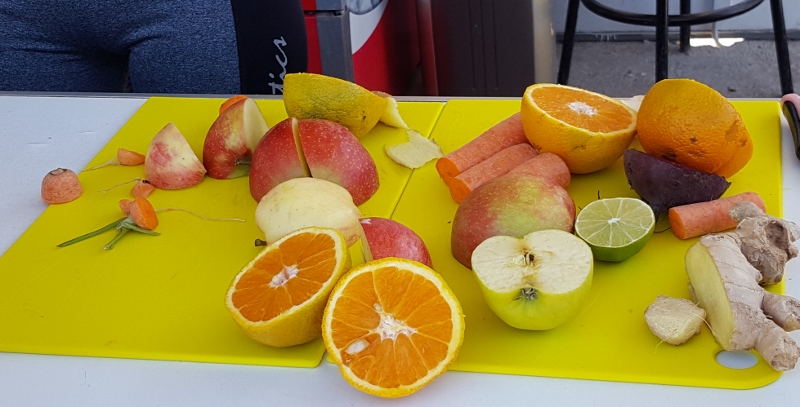 Top Tips Trogir and around

WARNING We prebooked camp Rozac and were asked to pay €25 in advance which we presumed was a deposit to secure our pitch, although when we paid we were told it was a reservation fee which was non refundable.