Our journey from Tintagel to our next destination at Polkerris Near Fowey was a short hop of just 30 miles. The route took us along some narrow lanes  where we were thankful that we weren’t already in the middle of the school holidays, with the hoards of additional tourists and vehicles that that brings.

A long overdue meet up with Paul’s brother and his family was our main reason for choosing this part of the Cornish coast. Having married there almost 7 years ago, it holds a special place in their hearts. With a 6 and 7 year old to entertain we all had fingers crossed that we would be blessed with good weather. Although we are not massive campsite fans, the Penhale  site we had booked was small enough not to overly busy and at 10 square metres the pitches are a generous size.  At just over £30 per pitch though in high season, it’s certainly not a cheap option.

With the sun out we spent most of out time at Polkerris beach, located around 1 mile away from our site (Note though that there is a very steep hill to climb on the way back).  It is a sheltered harbour beach  overlooking St Austell Bay, with a stone quay that providing shelter. The sandy beach is ideal for families, and has good  facilities, including a slipway, right by the beach, watersport equipment for hire and tuition. Facing south west, the beach is perfect for late afternoons and glorious sunsets throughout the year. The beach has a pub (The Rashleigh Inn),  a seafood restaurant (Sams On The Beach) and a take away cafe .  Being a bay the water is safe to swim in (If you can brave the cold, we didn’t) 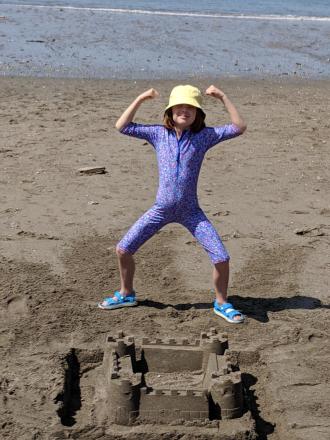 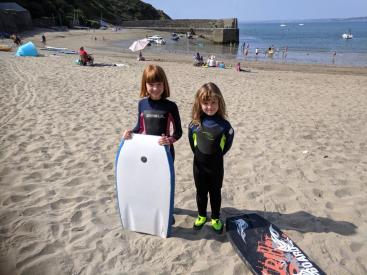 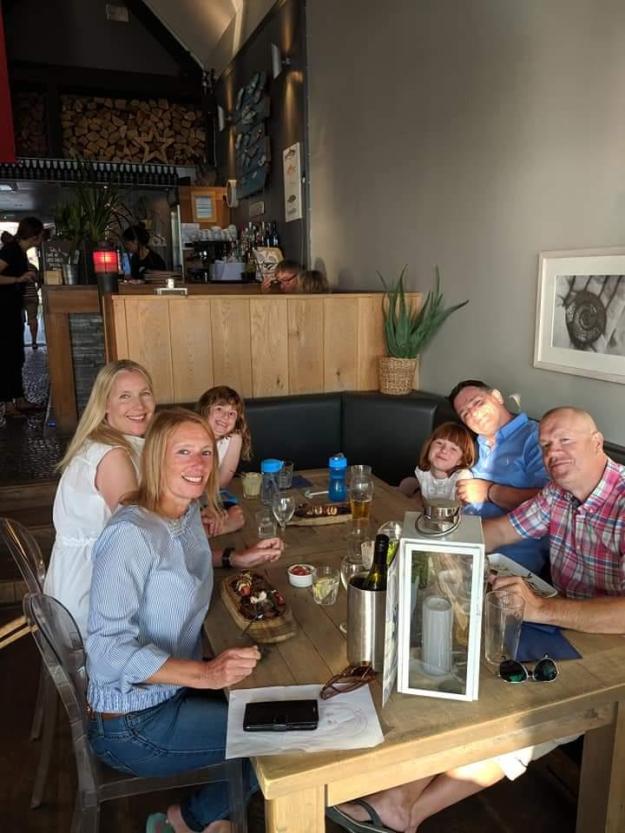 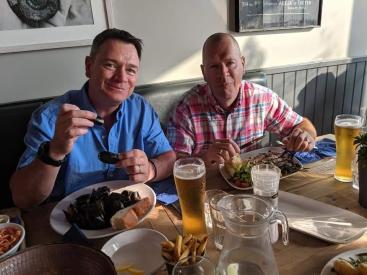 This area also has the added benefit of being just a few miles from one of Cornwalls leading tourist attractions The Eden Project.

Dubbed the Eighth Wonder of the World by some, the Eden Project is a dramatic global garden housed in tropical biomes that nestles in a crater the size of 30 football pitches.

Eden barely needs an introduction, but this epic destination has been on my list of places to visit for some time now. More than just a huge, tropical garden, Eden is a gateway into the relationships between plants and people, and a fascinating insight into the story of mankind’s dependence on plant life. 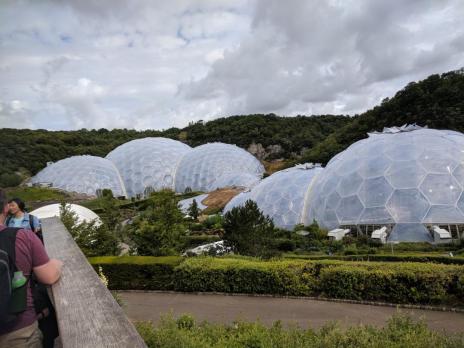 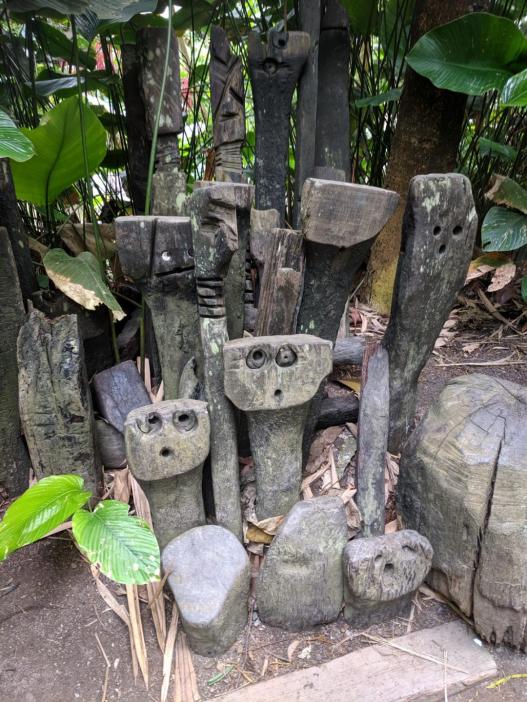 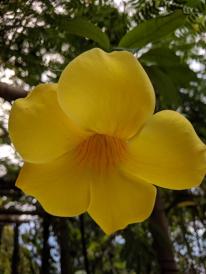 You can experience the sights, smells and scale of the rainforests in the Rainforest Biome – the world’s largest greenhouse – and discover the tropical plants that are used to produce everyday products. For us it conjured up memories of our many travels to tropical countries and made us want to experience more of them at some point in the future.  You can also travel to” South Africa and California”, as you amble amongst the orange and lemon trees, olive groves and gnarled vines of the Mediterranean Biome, and in the 30-acre Outdoor Garden you can  see hemp, sunflowers and an array of other plants  flourishing under the Cornish sun. There’s talk of a second Eden project being opened in Minehead, I do hope so as it’s a lot nearer for us than Cornwall!

Our time away has been one to cherish as we’ve managed to meet up with several friends and members of our family on route. Our first stop on our way back north was close to Cullompton in Mid Devon where we had a long overdue catch up with my cousin Jenny.    A walk along the rocky beach from Charmouth took us across the border into Dorset and the pretty seaside town of Lyme Regis. The area, known as the Jurassic coast, attracts fossil hunters from far and wide who explore among the sand and rocks for fossils that have been washed-down onto the beach after 150 million years. 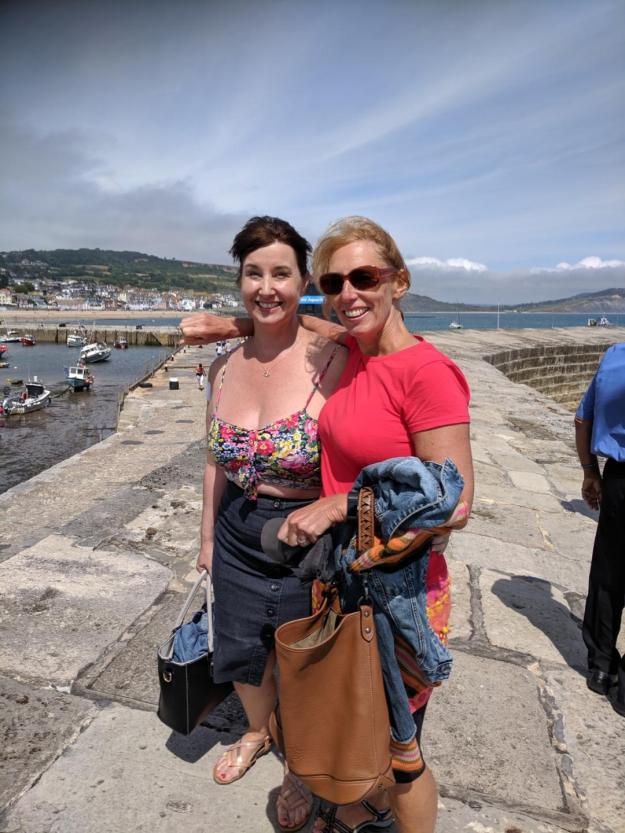 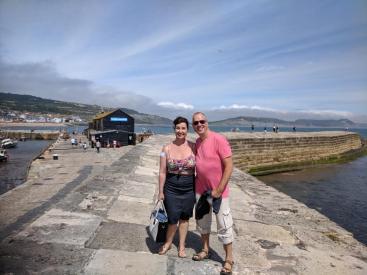 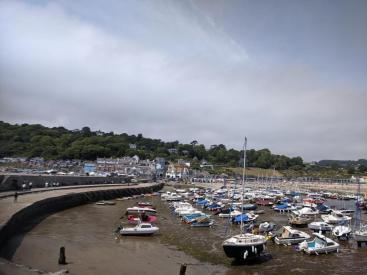 With the sun still shining we chose a riverside setting near the town of Tewkesbury for our last overnight stop before home.

Situated where the Rivers Severn and Avon meet, Tewkesbury has a character all of its own and is one of the few places in the Cotswold area where you will see black and white half–timbered buildings.  In fact, there are almost 400 listed buildings and this makes it  an interesting town to explore . Our sleepyspot was next to the Lower Lode Inn which has recognised the opportunity and set up a small site which sits right on the banks of the river. Although you can walk into Tewkesbury, due to the positioning of the nearest bridge the walk takes in the region of 45 mins. There is an alternative though in high season of a small ferry boat that runs from the site across the river, making the walk just 20 mins. 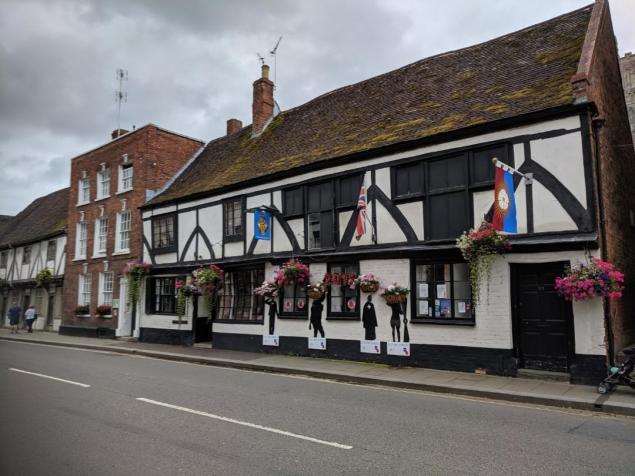 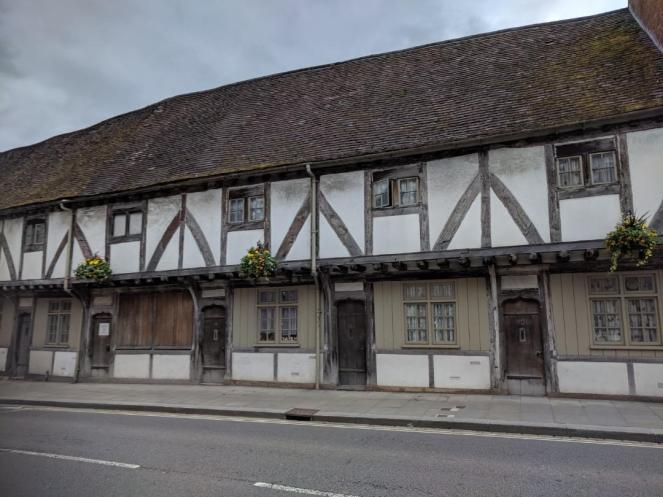 For now though it’s back home for a couple of weeks to catch up on laundry and get packing for our next trip in Southern Ireland.

Penhale Camping Near Fowey Cornwall  Cost £30 per night in high season  for motorhome and 2 adults.(GPS 50.343077 –4.670137).  Medium sized site with a separate area for statics. As it’s on a hill a lot of pitches are not level. There’s a  toilet and shower block, plus additional showers for when the site is busy. Laundry facilities are also provided £3 per wash. There are good drive over emptying facilities and serviced pitches have taps.

Goodiford Mill CL Near Cullompton Mid Devon (GPS 50.86655 –3.339261) £15 per night (showers chargeable at £1).  This is a small CL with just 5 pitches situated next to their own fishing lake. There is just one toilet and one shower which were situated next to the fishing lake so it’s a short walk away from the camping area. The shower was the worst I’ve had on any site and I paid £1 for the privilege. The toilet was clearly being used by the fishermen even though they had their own facilities and was not left clean. This was a convenient stop over for us for visiting family, but we wouldn’t return.