Having arrived in Cognac on Sunday morning we were lucky to get the last parking place in the aire which is free to park on and very central (45.666733 0.07014). The sun was beating down so we headed out into town for a look around. As it was Sunday nothing was open which we quite like – Paul because it means I don’t drag him in all the shops and me because I think families really need at least one day a week when they can all be together and with Sunday opening some families just don’t get that anymore in the UK. The town is built on the Charente river, but most tourists don’t visit for the scenery but for a tour of one of the numerous Cognac producers. We made an enquiry at the tourist office about a tour the following day, but were told that they only release the tour times on the actual day so we would need to book then. Having already stopped off and booked and 1/2 day canoe tour the following day we decided we would try and get on a tour once we made it back to base. 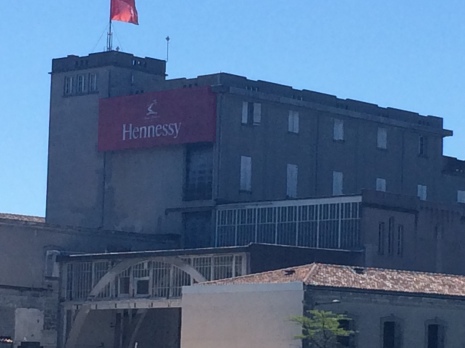 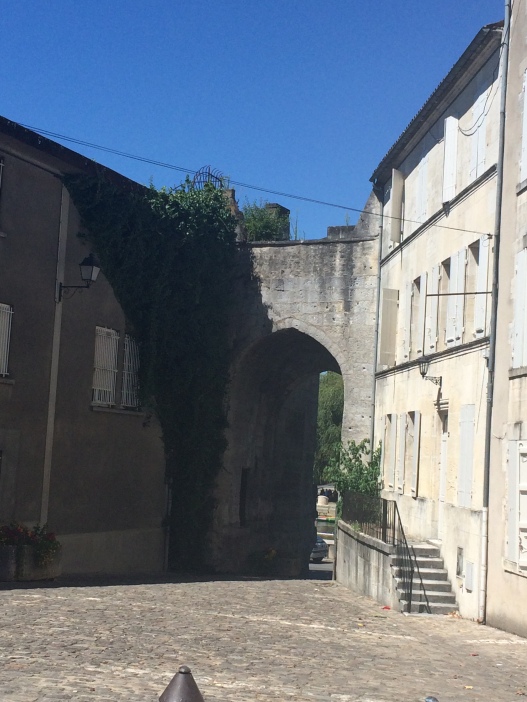 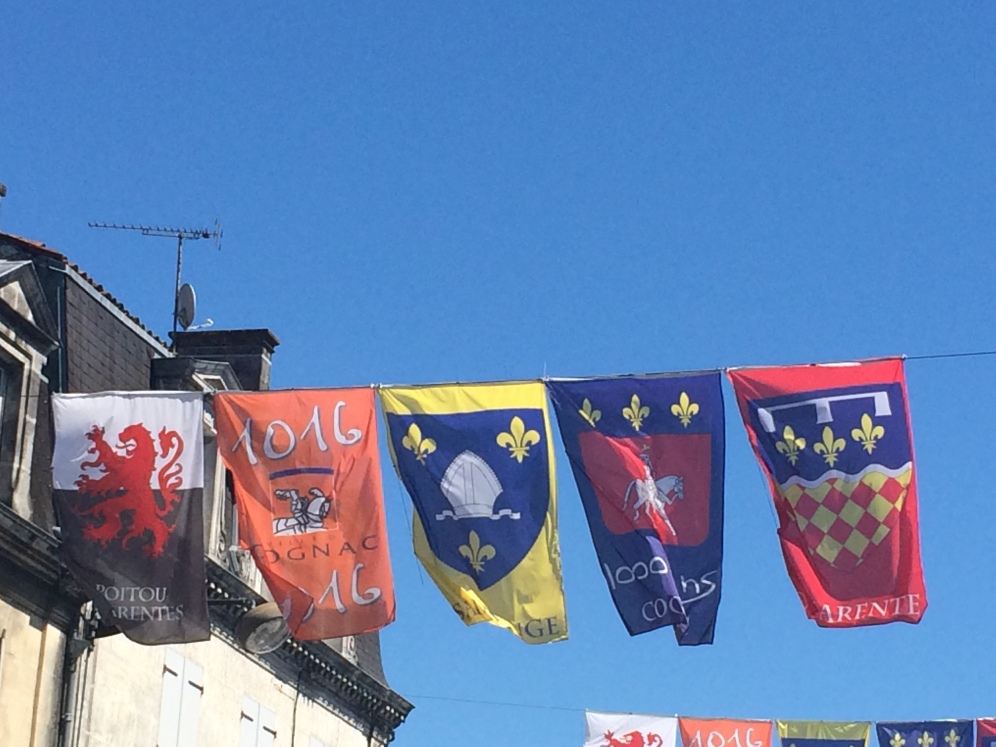 When we arrived back at Boris late afternoon we sat outside in the shade trying to keep cool and were joined by our English neighbours Karen and Drosden who had just done a tour around the Hennessy factory and highly recommended it. The evening was spent sharing platters of food, wine and stories.

We were due to meet at 9am for our canoe tour the following day which we shared with a couple from Holland Rif and David who fortunately for us spoke perfect English. It seemed I’d misunderstood the tour slightly though as I thought it was a 12km guided tour when I booked it, however it appeared that the guide was simply a lamented map and the rest was up to us! A minibus took us to the start point and we then had to row and navigate our way back to Cognac. Having rowed for around 3 km’s we kept referring to the maps and were a little worried that we couldn’t find any of the landmarks that we should have been able to see. It wasn’t until we turned the map over we realised that the minibus had dropped us at the start point for the 17km full day tour!! Having only ever canoed once before in Thailand a few years ago this would certainly test our skills and biceps. We made it back to Cognac by around 1pm where the owner met up with us and promptly said you didn’t need to have rushed back, we realised afterwards that we’d dropped you off at the wrong place so you could have had the canoes for the whole day…….Still we’d had great fun and want to do it again. 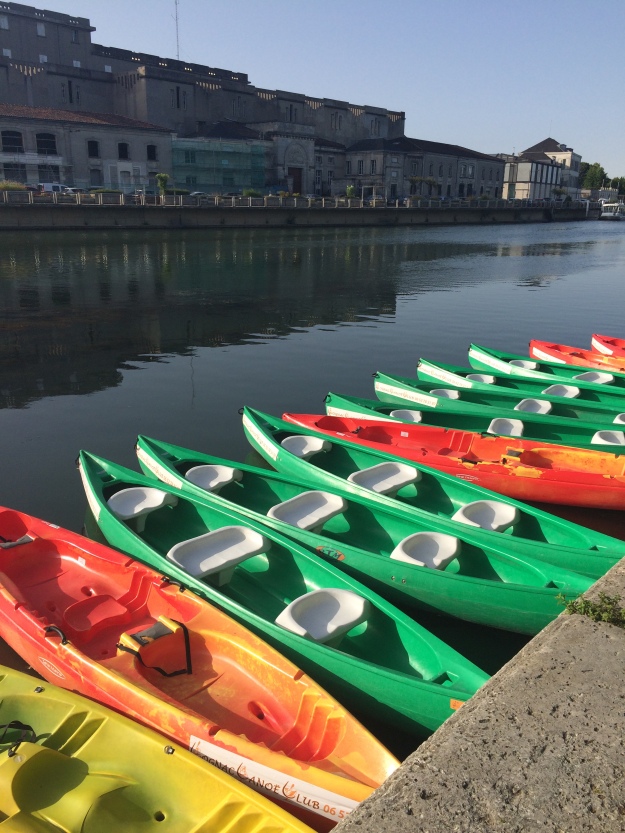 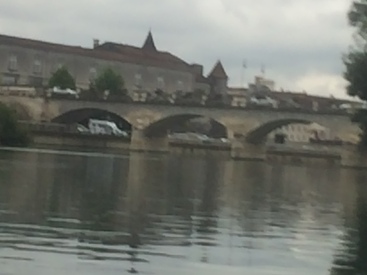 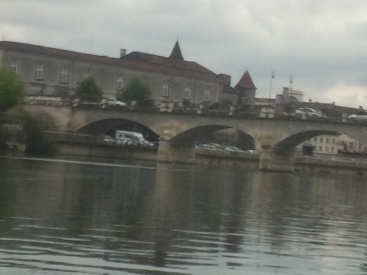 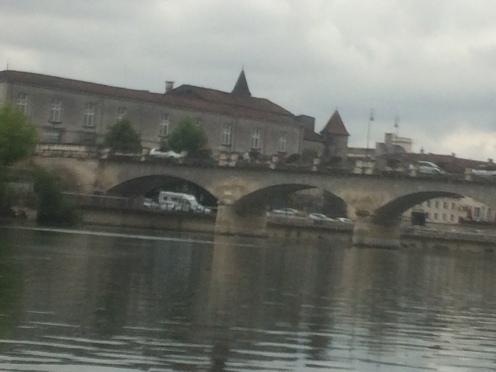 Having heard good things about the Hennessy tour last night after a quick bite to eat we walked up to their premises to see if they had any more tours going that day. Unfortunately we had timed it wrong as the tour was already full and the next one wasn’t until the following morning and even for us mornings and Cognac just don’t mix!!!

We were now beginning to make our way further north for two reasons. The first one being that we had now booked a ferry back to the UK on 1st Sept (a little earlier than planned). Our original intention had been to go away for a year so that would have taken us until next January, however as we have had a few warranty issues that need sorting out on Boris together with still needing to get a 2nd key sorted out we had decided to make our way back a little earlier. This doesn’t mean an end to our travels though as we are now planning to get away again as soon as we can. The other reason is that Paul’s brother and his wife together with our 2 nieces have a holiday booked in Carnac in Brittany later this month and so we have arranged to meet up for a few days to catch up.

With that in mind the next day we are on the move again to Mortagne Sur Glane. The aire here is overlooking a small marina and charges just 8 euros per night inc electric (45.475971 – 0.795). There was a handful of restaurants opposite so we decided to lunch out. The restaurant had a 3 course plat de jour for 14 euros. Having had a quick glance at the blackboard where the menu was written on our way in we made our choices. Both of us made the same selection for starter, however when it arrived we soon realised we hadn’t fully understood what we were getting as a pile of chewy cold whelks were presented to us.  A friend kindly informed me afterwards that whelks are apparently 80% penis, it was like being on I’m a celebrity get me out of here, needless to say we won’t be ordering them again!!!

Our 2nd day consisted of a long cycle ride round the lanes and neighbouring villages before getting the books out to decide on our next stop. Next location St George De Didonne.

Until next time Andi & Paul xx