After a brief conflab we decided to head across the bridge from the mainland to Ile D’Oleron the largest of Frances islands other than Corsica. We headed near to the top of the island and parked on a free aire at La Bree Les Bains (46.00827 1.356998). It was the most picturesque parking spot but as we only planned to stay for one night it was OK. After a relaxing evening, the following day we walked through the town towards the beach. It just happened to be market day (Paul is now beginning to think I plan our stays around market days, but honestly this is not the case), it would be rude not to look around though when it’s on. For such a small village the market was huge with an array of food stalls selling all sorts of fresh provisions. After picking up some fresh fruit and salads we went to look at the fish and purchased a couple of Dorada’s for a BBQ that evening. Both of us have previously only tried oysters once and they were so cheap to buy here (4 euros for a dozen) that we knew we just had to sample them again. After a stroll to take a look at the beach we decided to move on and find a prettier parking spot for that evening. We made our way towards the very top tip of the island and saw a couple of moho’s parked overlooking the sea so pulled over to join them. We enquired whether you could stay overnight but as it wasn’t permitted we just stayed for lunch and moved on. After mastering the technique of opening our recently purchased oysters we added a squeeze of lemon juice and some piri piri sauce and waded in. We both enjoyed trying them again, but agreed we probably won’t be having them again. 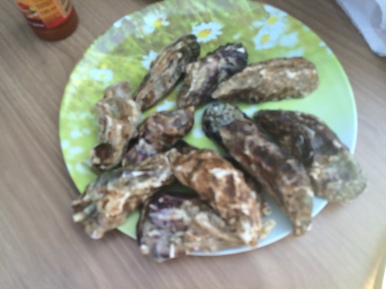 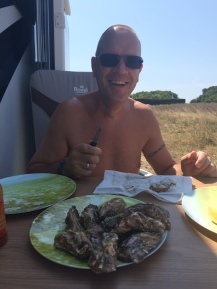 After trying an aire that was already full we made our way to Chateau D’Oleron and an aire there that is on a former campsite (45.895714-1.202596 Euro 10.50 per night inc electric). Being a former campsite it had hardstanding and lots of room between pitches and had a shower and toilet block. The town has an old fort with fabulous views across the estuary and it just happened to be market day here too although today we only came away with some potatoes and apricots. 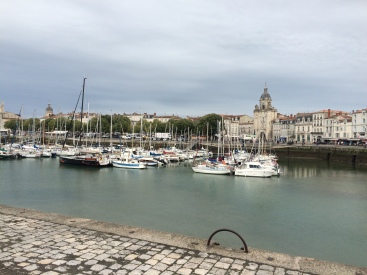 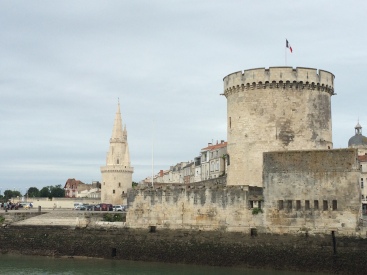 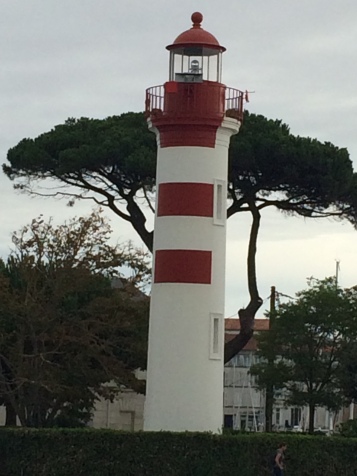 Another update to follow soon, until next time A & P x