Well it’s been quite a while since we’ve updated our blog, mainly due to the fact that we have not been travelling of late. With our next travelling adventure in our sights, we thought we’d update you with what we’ve been up to. Those of you that have followed our blog for some time will know that over the last 2 1/4 years we haven’t stayed in one place for very long. You will also know that when we temporarily came back to the UK after our first 9 months on the road, we couldn’t wait to get going again. So how have we adjusted to being static for the last 6 months?

One of my major fears when finishing work 3 years ago at just 47 was that I’d get bored particularly if I was static . Obviously whilst travelling this fear has been kept at bay, as if at any time we’d had enough of a place, we would just move on and discover somewhere new. Whilst exciting and enriching this can also be exhausting, and so on returning to the UK after our 3 month trip to the Far East last winter we felt ready to lay down some roots again. We had always had a longing to live by the sea and our initial thoughts had been to settle in Devon or Cornwall, but with family in the Midlands, London and the North West, the area felt a little too isolated. When some family members told us the check out Southport as a potential area, initially we both had some reservations, but on a trip up to my sisters in South Manchester we detoured and had a good look around the area for a day and we were sold. After all the area had a lot to offer  and seemed to be the right fit for us.  With  friends close by and my sister around an hour away it had added bonuses. I also knew my Mum would have no issues making the journey up here to visit as she’s been to Liverpool many times previously (which is only 30 mins away).

Travelling though had changed our priorities and after living in a 4 bed house with a double garage and a huge garden prior to our travels, we knew we certainly didn’t want that again. One of the major lessons we have learnt from travelling is that to have a fulfilling life you really don’t need lots of “stuff”, after all we have lived quite happily for the last couple of years when most of our “stuff” has been in storage. Having found our perfect pad we picked up the keys on 2nd July and set about our renovations before moving in. Although when we viewed the house it looked like we could move straight in we quickly realised that it needed more than a little TLC, so we set about creating our cosy new nest. We have now finally just laid our paintbrushes to rest having decorated every room, the loft has been boarded, a log burner installed, chimneys lined and repointed, flooring laid, lights hung, TV’s and pictures mounted, guttering and drip trays fitted, roof vents installed,  electrics earthed (after getting an electric shock off the sink!), thermostat installed, blinds fitted and garden revamped. 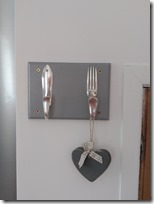 On top of that we have set up 2 little businesses to keep us occupied, Paul is building flat pack furniture (fb @flatpackpaul and I am handmaking a range of neckwear (a cross between a necklace and a scarf) which I’ve started to sell at local craft fairs. www.portdale.wixsite.com/website

In between times we have welcomed lots of overnight visitors, enjoyed visiting Southport flower show, taking our nieces to pleasureland (although some of those rides are not that pleasurable!), attended the British firework championships, seen the Giants in Liverpool, walked along the beach and the pier and generally got the know the area. Oh and I’ve joined a running club and regularly take part in the local Park Run. 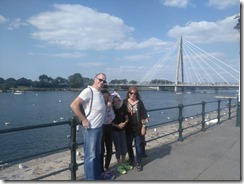 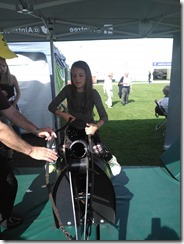 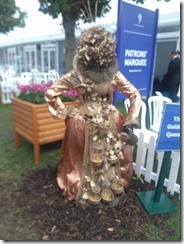 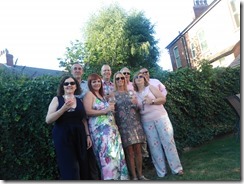 Having adjusted well to our new lives, we both feel incredibly settled in our new home……and what about my fear of not having enough to do ……… I suppose you can guess……I am now wondering how I ever had time to work!

With all this going on poor Boris has been somewhat neglected, so he’s now been drained down for winter.  Fear not though another trip is not far from our thoughts. We have decided though to spend Christmas in our new home with our family and will be rolling those wheels again in early January. In the meantime we have cleaned all the carpets and washed all the curtains and sprayed the outside with wet and forget. With the possibility of a little skiing in mind we are also in the process of up-plating Boris from 3500kgs to 3850kgs to allow for a greater payload.

We will update you on our travelling plans once they are formulated.